All the people all the time 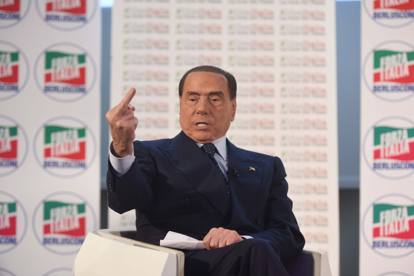 Don Silvio is promising everything to everyone this election.  Yesterday, not content with flat tax,  free money for everyone, and no immigration he went back to his first manifesto from the 1990’s and promised a condono on illegal building as well as not having to have any permission to build a house in the first place.   All it needs, the sage one tells us, is to pop a note through to the commune saying that you’re going to build a house, and that’s it – then its up to you to do it legally.   Except that we’re in Italy – and the concept of legality is open to interpretation.   HIs other gobbet of wisdom was that building a house illegally is ok as long as its necessary.    Its difficult to see the necessity of building a villa by the sea, but the law says that if its your main home then its necessary – ie you must have somewhere to live.  It fails to point out that a person threatened with homelessness is unlikely to have a couple of hundred thousand kicking around to build a house in the first place.    The sad thing is that people will vote for him purely on the basis of being able to stop the bulldozers razing their beach house to the ground.

Posted on 09/02/2018 by rammers. This entry was posted in Uncategorized. Bookmark the permalink.