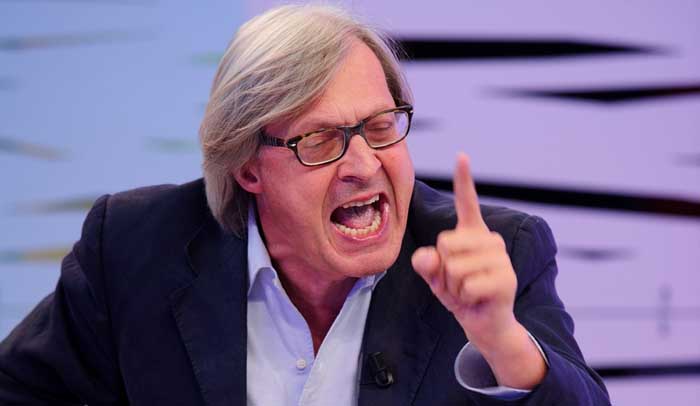 Rentagob Vittorio Sgarbi has decided to run as the President of Sicily.   Trumpism has arrived in the Mezzogiorno.   not content with going on any old tv programme to deride and insult people,  and seemingly unhappy with his legacy as Mayor of Salemi he has decided that Sicily needs him.   We should be afraid. Very afraid.  As mayor of Salemi, he opened two museums which both closed after spending large amounts of public money and the comunewas dissolved for mafia connections.  He’s up in court this month for slander, and has lareday been ordered to pay out nearly 90.000 euros indamages for ignoring the law and hiring external experts for the comune of Salemi.    His claim to fame is not as a mediocre art critic, but as a wealthy ladies man who goes on telly and shouts at people, usually the words capra, capra capra.   (goat goat goat).     If he were to win, the Sicily will dissolve into the mire – bu there will be legions of blue rinsed grannies dressed in black who will vote for him.  Make Sicily Great Again.

Posted on 02/09/2017 by rammers. This entry was posted in Uncategorized. Bookmark the permalink.