The sacred cow of Santa Croce 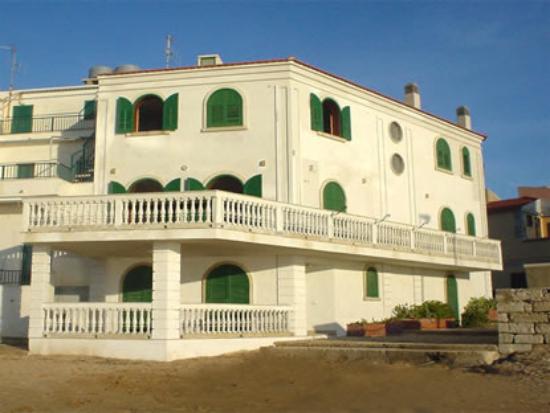 Recognise this?  Its the B&B Montalbano, booked up for most of the year, on the basis that you would be walking in the footsteps of Luca Zingaretti alias Inspector Montalbano, because it’s his pad in the tv series.  Many discussions and phone calls have taken place on the terraces, but this week it’s all gone horribly wrong as it seems that the first floor terrace was built illegally and in 1991 there was an order of demolition which has been conveniently ignored for 25 years.    It seems pretty obvious that you cant just add large amounts of outside space to a house on the beach – given that the beaach is  demanio or demesne and therefore public property, but there are also lots of rules about cubic metrage and the captain of the port.   So this week a tv crew arrived to do the hell breaking loose’ thing..

The guvnor of Sicily – Crocetta declared immediately that it didnt matter if the building was illegal or not, he was going to declare it a national monument given its importance in literature.  Obviously Crocetta got a bit mixed up here as the house features in a tv programme and not the books, but he went there last year so is now an expert.    The general feeling of ‘authority’ is that an illegal building which has had orders of demolition issued can, by dint of being on telly, becomes untouchable – which dosnt really set a very good example for a government which is ‘trying’ to stop the destruction of the Sicilian coastline.

This destruction however doesnt extend to gas and oil platforms which are the subject of the referendum that dare not speak its name on 17 April.  Renzi didnt want it, so all mention of it has been hushed up – its like a celebrity injunction but without the scandal.   Vega B – the platform that you can see from Montalbano’s house if you squint,  has been the subject of a court case for the last 9 years – for chucking pollutants into the sea.  Its ground on, because the government didnt really want it and is due to be cancelled by the statute of limitations – but while one govt department sues the polluting baddies, another gives a licence allowing them to add another platform to the existing one.   Its a very shabby world, and one which has got shabbier since last Thursday when lobbying, bribes and influence all came to light in another govt amendment which has already led to the resignation of one minister and could well bring down a few more.   If things continue then there will be quite a turnout on 17 April, perhaps its time to have a referendum on illegal building, and we might see a real crime for Montalbano to investigate.

Posted on 03/04/2016 by rammers. This entry was posted in Uncategorized and tagged montalbano, sampieri, santa croce, sicily montalbano, vega B. Bookmark the permalink.