Theres a bit of a storm here as someone has dared to say something negative about Prada, the exclusive Made in Italy hsoue of posh.

Usually it would have been ignored, but this someone is Milena Gabanelli, the only A1 investigative jouranlist on tv with her show Report which says things that usually are not allowed to be said in Italy. 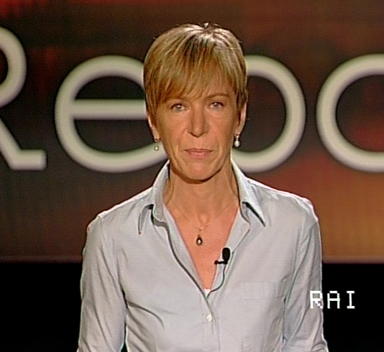 Gabanelli did a report showing that Prada’s goose feathers are not Made in Italy it all, and caused a backlash from the Prada people- who called her stupid.  Gabanelli who is so icy cool reponded that there was no law against being stupid, just as there is no law against avidity and that prada shouldnt lie to their customers, when they are ridiculously rich, and spent something like 35 euros to make a jackt they flog on for lordy knows how much.   Even more rancour from the head of Prada, who Gabanelli points out is being done for tax evasion, and this is only the second report on PRada who knocked out their famous bags from sweat shops in naples.  Apparently if you’re Prada having morals, high ground, truth etc dont enter into the equation.  Gabanelli meanwhile is the most wanted new President of the Republic we have – though she’s already turned a nomination down.

Posted on 12/11/2014 by rammers. This entry was posted in Uncategorized. Bookmark the permalink.