The sinking of the state

This is the man who will be responsible for the final ignominious collapse of Italy. 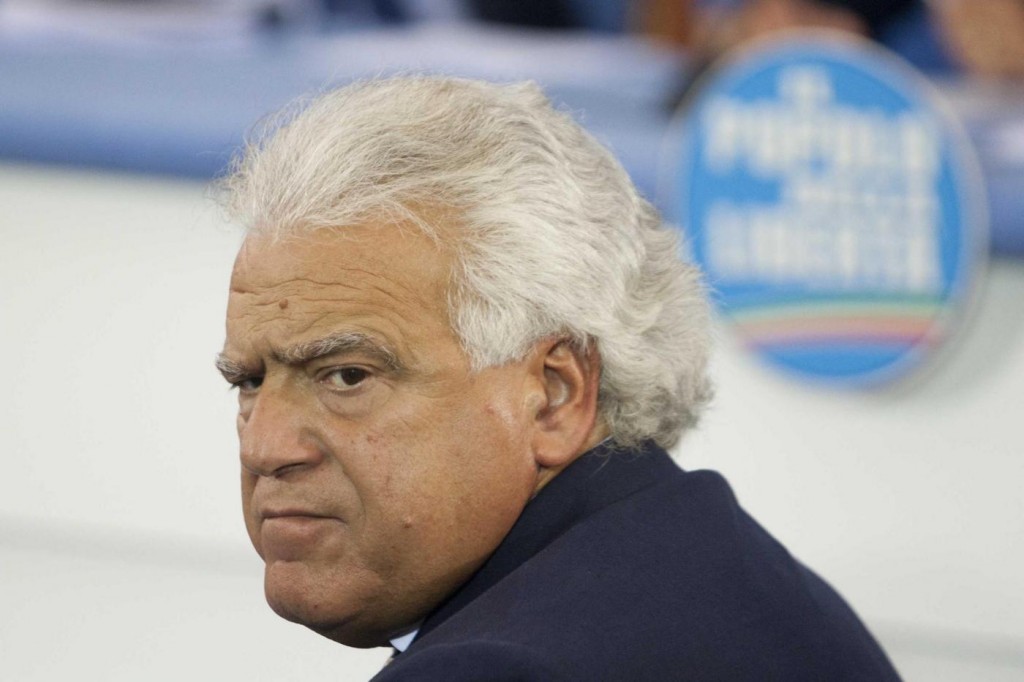 Ladies and Gentlemen, I give you mr Denis Verdini…. long time best friend and collaborator of Mr Silvio Berlusconi,  cofounder of Forza Italia, and recent go between for Berlo and Mr MAtteo Renzi to seal the Nazarene pact, whereby Berlo wont try to f%&k Renzi before they are both ready for elections, and Grillo has exploded into space dust.

Except that, its all gone wrong.  Verdini – Mp and senator, who has evaded various charges for years has finally been nailed – a few weeks ago he was consigned to justice for his role in P3 – a hole of 100 million in his bank (a bank which surprisingly made very political gifts and loans for years with no checks and balances).  He’s up for fraud, assocation to defraud, false bankruptcy,  fraud in the face of the State etc etc.  Theres also a bit of problem with money and the press which is going to get ugly, and which is going to bring the vote to the Senate as to whether he can be arrested – and here’s the crux.  Renzi, our saviour for the just and fair, doesnt really want Verdini to be consigned to the wolves by the Senate as everything will come tumbling down.

So imagine his dismay when  everything just got worse.  Verdini is now being done for fraudulent financing,  abuse ofoffice and corruption along with his secretary Nicolas Cosentino (currently in jail for various offences, but not for being a cammorista and vote fixing in his Campania stronghold.  He’s just up for defamation and violence – and is still on the list as a euro MP)

The question is who benefits?  Renzi would like a vote to  legitimise his reign, and it would finally see off Berlo and possibly Grillo – but he cant go to the polls without a good reason – so he has been extneding the time on the election bill to calm the waters .  Now it could be that he’s actively looking for a head on clash with the unions to force an election whcih would give him the Blair mandate to do what he likes, and watch the Verdinis of the world crash and burn.   But until the justice system actually does something its all just hot air – Verdini knows there will be a trial, but has no idea when.  The arrest warrant, should it come, will be the trigger for the next round in Italian game of thrones. .

Posted on 04/11/2014 by rammers. This entry was posted in Uncategorized. Bookmark the permalink.