With the elections on 25 May things are turning nasty.   Renzi is due to play in a charity football match with various VIPS which will be televised on Rai, except that the 5Star have decided that its against election rules about equal tv time for politicians – and have banned the televising of the charity event for Emergency. 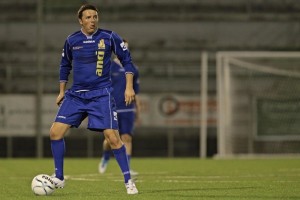 Renzi has probably wisely decided not to play, but it all seems a bit petty.

Meanwhile Silvio has been handed over to social services where he is due to do 4 hours a week in a centre for pensioners witih advanced Alzheimers.    He’s not happy.  Perhaps he envisaged singing songs around the piano and having a reality tv crew to film his punishment.  His long time mate and partner in crime dell’Utri – the collector of priceless books and finder of the fake Mussolini diaries is in Beirut on the run from justice. 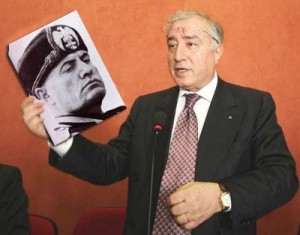 He was due to be sentenced for his Mafia activity and so went to the lebanon on doctors orders after not feeling very well.  Extradition proceedings were started and he went to hospital.  His lawyers didnt feel well and cancelled the court appointment.  Silvio pops up to help his old friend saying he sent him to Beirut to help out in the elections at the request of the  opposition leader, who tactfully says he knows nothing about it and its all a lie.  So Silvio could be investigated for perverting the course of justice – as dell’Utri seems to have lots of money to fund his recovery in a 5 star hotel.

Meanwhile Forza Italia is falling to bits and supporters are deserting in droves – they are reduced to having convicted criminals on the list fot eh European elections in order to shore  up support in Campania.  And theyr’re not alone.  The NCD – Alfano’s breakaway group, which is standing on no corruption on politics has been forced to nominate a convicted mafioso – Scopelliti – in Calabria ‘but it doesnt count’ .

And in all of this Beppe Grillo’s 5 star party is growing stronger in the polls with its ‘get out of the euro’ stance and could well win the majority on 25 May.

Its going to be a turbulent month.  Again.

Posted on 25/04/2014 by rammers. This entry was posted in Uncategorized. Bookmark the permalink.