A mere 4 hours and forty minutes later, we have a winner.  Am i talking about San Remo, or Matteo Renzi’s swearing in ceremony – they were both about the same on entertainment value.

At San Remo, an old actor pretended to marry off hte presenters, which as you can imagine was hysterically funny.  Then people sang, interminably and at 1.10 on Sunday morning we found out that Arisa had won.  This was a turn up, Firstly because its the first time a  Kate Copstick (remember her) lookeylikey has won an international festival, and secondly, its the first time in quite a few years that the winner has not been drawn from the ranks of Amici – a sort of Italian x factor, where we follow the endless tribulations of the students from a ‘Fame’ school until one of the wins.  Gallingly for SanRemo which is televised by RAI, the Amici starts are from the Maria de Filippi stable on Channel 5, one of BErlo’s channels.

Here’s Kate arisa Copstick before  and after her miraculous change into pop siren. 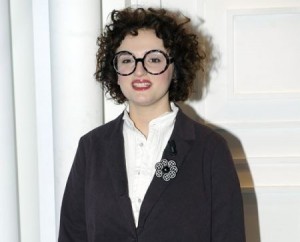 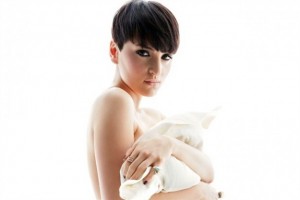 Talking of which, the first fix of the new government came yesterday. The new minister of Development, one of the pink list (ie a woman) was at dinner with Silvio only last week, talking about becoming a member of his new Firza Italia- her ad is very thick with the ancient one,  and of course she is now minister, in effect, for tv – which will please Silvio greatly.    We wait for the howls of disapproval.

Posted on 23/02/2014 by rammers. This entry was posted in Uncategorized. Bookmark the permalink.