Rejoice at that news

As Maggie said – hang out the bunting, as Steptoe has decided that he will not remain as PdL candidate for PM – ‘ for the love of my country’.  It has obviously nothing to do with the fact that he is at around 6% in the polls.

Careful with the bunting though …. within 2 minutes the medusa Santanchè had announced she would be standing – prepare yourselves for swearing, obscenities, more botox and a distinct possibility that she could well us pine for the return of Mr Toad. 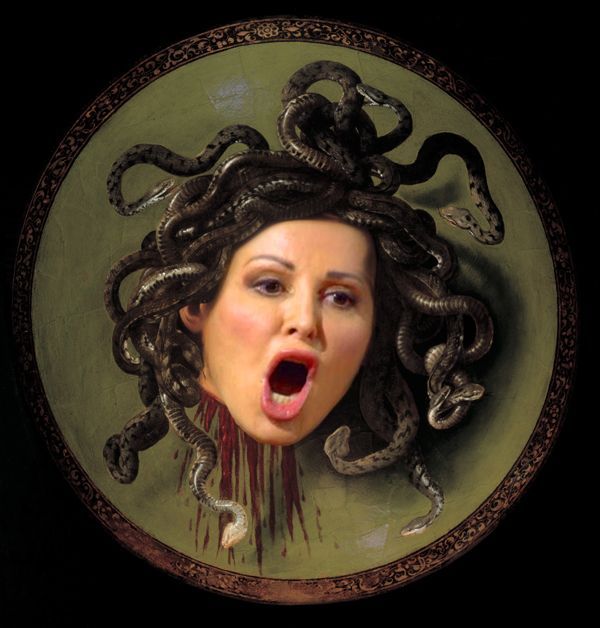 In the meantime prepare yourselves to loathe this man – Senator Malan.  You may know that there has been a todo about a libel case and a newspaper editor is going to jail – but will be saved at the last minute by a new law on defamation.

Yesterday this slime ball below,  introduced an amendment to the defamation bill which guarantees freedom of the press, except – as it reads in Malans amendment – for writing about politicians using the phrases – inefficient, outrageous spending,  and/or false parallels.  I hope he received the mauling he so richly deserves

Posted on 25/10/2012 by rammers. This entry was posted in Uncategorized. Bookmark the permalink.