Its all gone hideously quiet.    BErlusconi has not spoken barely at all for ages now.  it may be because he’s senile and can’t quite remember, or more likely because things arent going very well and he doesnt like it.  A new emergency budget, and more taxes adn Mr B disappears, as though he wont get the blame if he doesnt announce it himself.

There is uproar anyway over the new taxes, and it looks as though the government will cave in and raise VAT instead.  This from a country which is 165 out of 167 in growth over the last ten years.  Above only Haiti and Zimbabwe.  And the answer to push the economy into alarming growth.  Raise VAT.  Marvellous.  We are all doomed.

Gheddafi has disappeared.  I guess he is a guest here, Berlusconis new villa in Lampedusa, 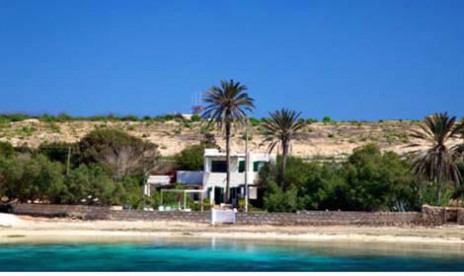 ……. why else would he have bought it?

Posted on 24/08/2011 by rammers. This entry was posted in Uncategorized. Bookmark the permalink.