Would you vote for a senile Prime Minister? 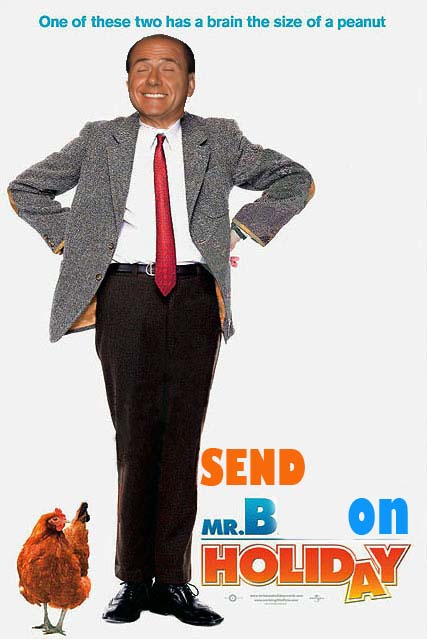 The signs of presenile dementia are there – and Berlo does it again.  Two videos in one day of Berlusconi in public making antisemitic jokes, blaspheming (which in italy is the only thing that gets you thrown off Big Brother) and telling sexist jokes about members of parliament.  His lawyer, the vile Ghedini, says that the videos were taken in a way to entrap the PM – but one was taken in the middle of the street at midnight when Berlusconi stopped off to talk to a group of ‘fans’ and the other with a bunch of soldiers on an airbase.  And this is the climate of Mr B’s ‘anti insult and hate’ – which he propagates.  Imagine if Tony Blair had told an anti Anne Widdecombe joke about her appearance, and ended it with a ‘F*ck me’….. then gone on to accuse the entire judiciary of being a criminal organisation and rounded it off with a joke about Hitler, Jews and ways of earning money.  – it is now a daily event – and the doctors should be called – for his own mental health.

Posted on 02/10/2010 by rammers. This entry was posted in Uncategorized. Bookmark the permalink.